Posted on July 29, 2014 by babystepsandmommymoves 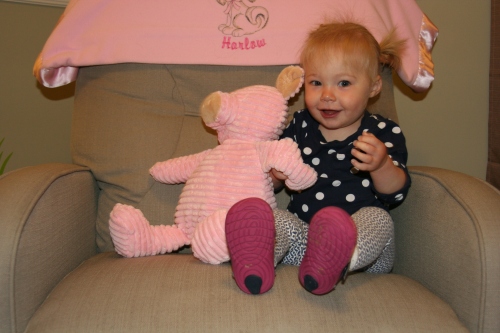 Well, that month flew by!

In addition to all the things she could do at 15 Months, she can also now:

Jump!  She loves to jump, and can get an inch or so off the ground.

This month we’ve gone to the beach twice to play in the sand and the waves.  She’s such a beach girl, like her mommy.  Too bad we live in Michigan where we only get to enjoy it a couple of months out of the year.

She has recently taken a huge interest in stuffed animals.  She loves giving them kisses and “squeezes”. 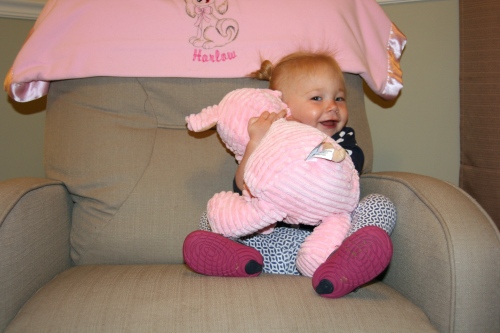 I’m pretty sure she gets cooler every day.  I’m also pretty sure we’re in trouble with how cute she is.  Example: the other day I was doing her hair in the morning, and she was holding her brush, playing with it.  She reached up and banged on her mirror with the brush.  I grabbed her hand and said something like, “No!  That could hurt you if it broke!” and she turned and looked at me with a huge smile on her face and batted her eyelashes.  Uh-oh…  Wish us luck!