What I’ve been up to…

Posted on August 18, 2014 by babystepsandmommymoves

Since the last time we spoke, I’ve hung out with the best little lady I know, had lunch with a good friend at a beautiful restaurant, and headed up to Pentwater for Homecoming & to see my family.  Such a wonderful weekend… but let’s back up.

First up, the princess dress.  When my sister was here for the photo shoot, she brought Harlow this Princess Dress.  It is so sweet, and I’m already trying to figure out what she can be for Halloween so she can wear it.  Ideas? 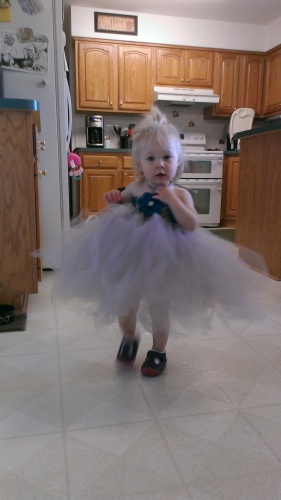 Next up was lunch with a good friend of mine, Karen, at a local restaurant just across from the bluff overlooking Lake Michigan.  It is so nice to sit outdoors (although we both had jackets on because of this crazy chilly August!).

Harlow is obviously still in a crib at home, but at daycare they have nap time on cots, so her teacher sent me this picture (at my request…I was curious) of her sleeping during nap time.  Such a cutie, even sleeping!

Harlow and I packed up on Friday and after work/daycare, we headed up north to my hometown.  Chris was going to be working all weekend, and my niece’s birthday party, plus Pentwater’s Homecoming were happening, so why sit at home?

When we got to Grandpa & Grandma’s house, my s-mom had gotten a new toy for Harlow.  I think she liked it just a little bit.

The next day we stopped by my niece’s birthday party (late!  Harlow’s 2 hour nap stretched to THREE HOURS!!!) were there long enough to pass off a gift and scarf some food, then I followed my dad up to Pentwater where my s-mom, brother, & one of my sisters/family were camping.  We enjoyed the parade and had a (soggy – it started to rain and we were sitting outside until we got moved in due to the downpour!) great dinner together.  Then Harlow & I headed back to my dad’s house, about 45 minutes away, and tucked in for the night. 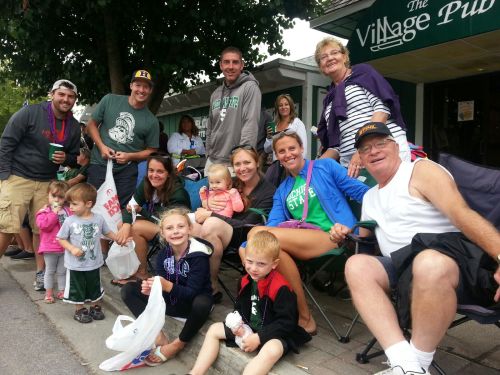 Part of my family, plus the Casby family. Love how Harlow is chomping on the beads from the parade… 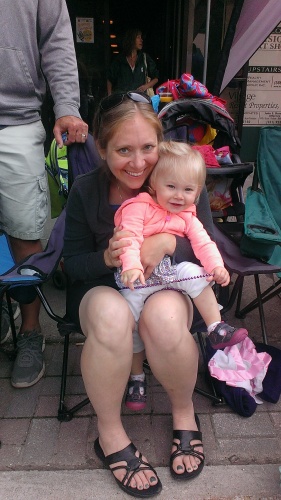 Do not stare directly at the legs… may cause corneal damage.

The next morning, Harlow and I got up, packed up the car, met two of my sisters (and two of my nieces) for church, then headed to Grand Rapids area to visit my good friend, Alma, and her new little bundle of sweet, Carmen.  I don’t have any photos, which is a total bummer, but I was too busy snuggling all that baby tininess.  She’s bigger than Harlow was, and still, I can’t remember my Bean ever being that tiny.  How is it possible?

Tell me about your weekend!  What was the best part?

This entry was posted in Harlow, Lunch, Uncategorized, Weekend. Bookmark the permalink.