Posted on November 13, 2018 by babystepsandmommymoves

This post has been a LONG time in the making.  Last fall, my dad cut down and gave me some boards from the old dock he ripped up.  I had grand ideas for making those cute two-sided holiday signs.  (Similar to these, except I’d planned on doing two signs… a Jack-O-Lantern/Scarecrow, and a Santa/Snowman.)

And they sat in dirty pile in my craft room….  and sat…  and sat.

Then, this summer, Harlow and I dug them out and gave them a good scrubbing.  (She’s an awesome helper!)

After all that awesome, musical hard work, back in the basement they went.  Until after I quit my job in August.  Then, a few weeks ago, I dug them BACK out, and made the basic shapes.

Now, only one measly month later, I’m finally staining and painting them! 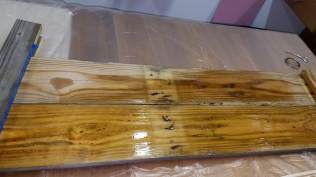 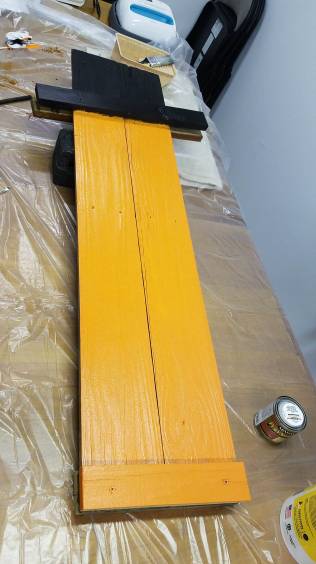 I’m still working on the snowman/Santa one, but the jack-o-lantern/scarecrow one is done!  I really love how the scarecrow turned out… I might work more on the jack-o-lantern, but I have PLENTY of time before next Halloween.  He’s just a little bland.  I’ll post the snowman/Santa when I get it finished.  To be perfectly honest, I’m not confident in my artist skillz when it comes to making Santa’s face.  Wish me luck!